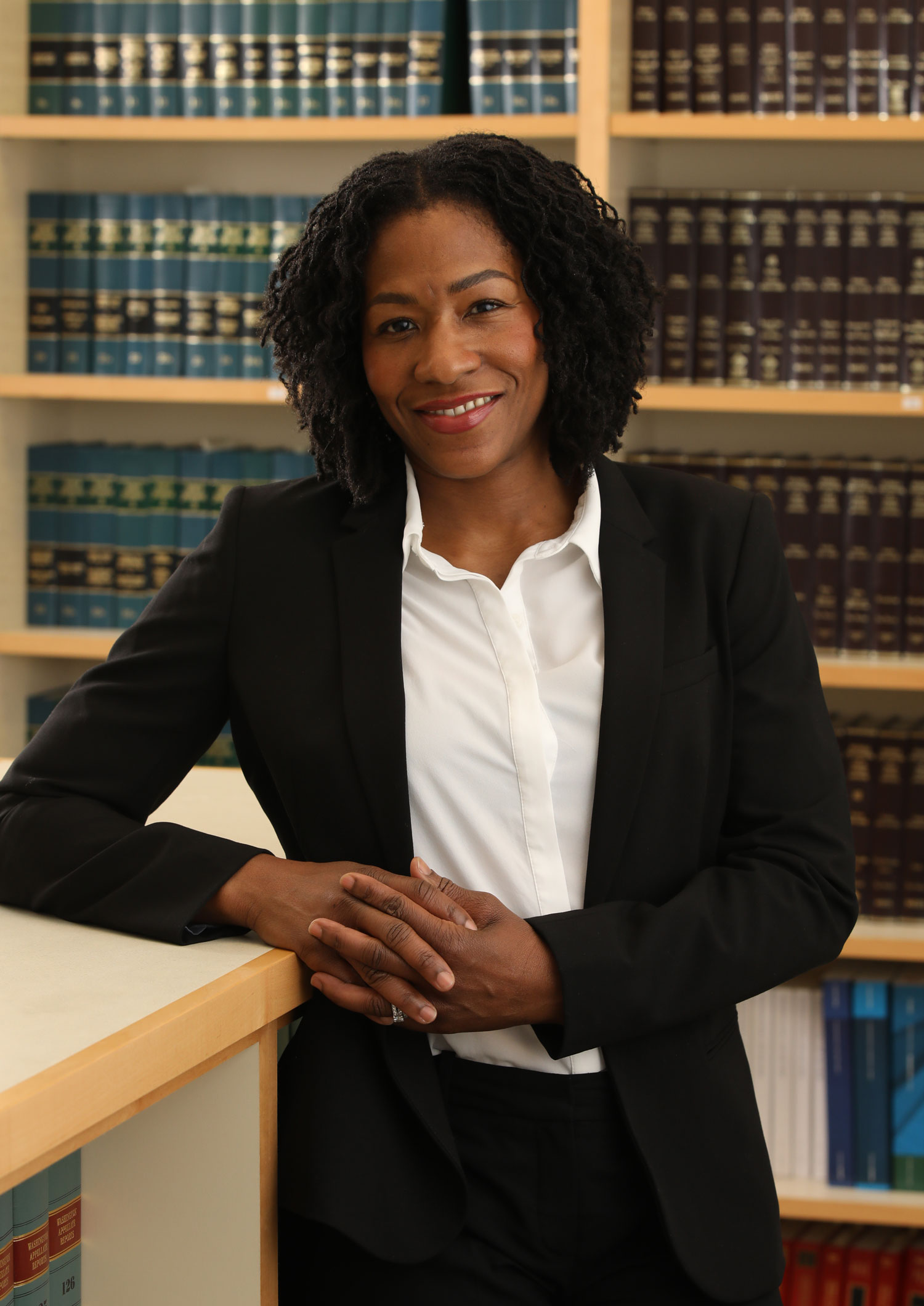 Nyjat Rose-Akins is an experienced pro tem judge, assistant city attorney, and long-time Seattle resident. She is well-experienced working with stakeholders to improve the health, safety, and livability of our City. Her perspective on the criminal legal system is informed by her own background as a Jamaican immigrant, graduate of Howard University, business professional, and lawyer.

Nyjat has worked for Seattle as an assistant city attorney for 12 years, including time in both the criminal and the civil divisions. In the criminal division, Nyjat’s wide and varied duties provided her with valuable firsthand knowledge of how misdemeanor crimes are handled in Seattle. She evaluated police reports to determine any appropriate misdemeanor charges. She handled hundreds of cases and tried over 60 jury trials in Seattle Municipal Court. She worked with participants in therapeutic courts, including Mental Health Court and Community Court, to efficiently and compassionately address non-violent criminal behavior while improving community well-being.  Currently, Nyjat serves in the civil division, advising and defending the City on matters involving a range of issues, including police accountability, homelessness, and neighborhood concerns.

Nyjat’s awareness of how a criminal case impacts all those involved has further deepened since serving regularly as a pro tem judge within King County. In this role, she is responsible for making probable cause determinations, setting pre-trial release conditions, imposing sentencing, and overall applying the law fairly while respecting the humanity of each person involved along the way. Her approach to decision making from the bench is to listen first, decide last, and never let ego interfere with fulfilling her judicial responsibilities.

Patience, compassion, and approachability are characteristics that Nyjat has honed through decades of civic engagement and volunteerism, both in and out of the legal profession:

Born in Kingston, Jamaica, Nyjat immigrated to the United States when she was seven years old.  Nyjat first lived in Minnesota, then Texas, ultimately graduating from a performing arts high school in Miami. She received her undergraduate degree from Howard University in Washington, DC.  Prior to attending law school, Nyjat worked as an Investment Analyst with GE Capital in Richmond, VA.  Nyjat first visited Seattle on a business trip in 2003. She returned permanently shortly thereafter, having fallen in love with both this City and a man she met here – Antonio Akins, her husband of 15 years. She and her husband live in the Mt. Baker neighborhood in Seattle.